This Week In Securities Litigation (Week of April 5, 2021)

by T. GormanPosted on April 04, 2021 Posted in SECActions

Senate Democrats introduced a resolution to invalidate SEC amendments to Exchange Act Rule 14-8 on Friday April 2, 2021. The resolution was submitted under the Congressional Review Act which only requires a simple majority. The modified rule imposed more stringent requirements for shareholders seeking to submit ballot proposals. The Commission approved the changes to the rule in September 2020 by a 3-2 vote.

The Division of Examinations issued a Risk Alert last week focused on AML issues as FinCEN moves forward with writing rules to implement the Corporate Transparency Act, passed as last year drew to a close. The Act is intended to strengthen AML rules.

Be careful, be safe this week

Statement re SPACs: Division of Corporation Staff Statement on Select Issues Pertaining to Special Purpose Acquisition Companies (March 31, 2020)(here). The statement focuses on key points that a private company should consider before engaging in a transaction with a SPAC.

Alert: The Division of Examinations or EXAMS issued an alert on AML this week titled “Compliance Issues Related to Suspicious Activities Monitoring and Reporting at Broker-Dealers” (March 29, 2021). It recounts observations of the staff during examinations keyed to AML issues (here).

Offering fraud: SEC v. Randolph, Civil Action No. 1:21-cv-01321 (N.D. Ga. Filed April 1, 2021) is an action which names as a defendant Richard J. Randolph, III. Over the last five years Mr. Randolph, who has various real estate interests, raised about $1.6 million over from investors related to his real estate interests. Randolph Associates Inc. was used to raise much of the money. Investors were told about a possible merger with Gallagher Management Group, LLC. Defendant provided investors with financial information about this firm which he also controlled. The information was fraudulent. Defendant also misappropriate portions of the investor capital. The complaint alleges violations of each subsection of Securities Act Section 17(a) and Exchange Act Section 10(b). Defendant resolved the matter by agreeing to the entry of a permanent injunction based on the sections cited in the complaint. In addition, he agreed to the entry of an officer-director bar and from participating in the issuance, purchase, offer or sale of any security. Financial penalties will be determined at a later date. The U.S. Attorney’s Office for the Northern District of Georgia filed a parallel criminal action. See Lit. Rel. No. 25054 (April 1, 2021).

Offering fraud: SEC v. Blankenbaker, Civil Action No. 1:21-cv-790 (S.D. Ind. Filed March 31, 2021) is an action which names as defendants George Blankenbaker, Stargrower Commercial Bridge Loan Fund 1 LLC, Stargrower Asset Management LLC, and Blankenbaker Investments Fund 17 LLC. Over a three-year period Mr. Blankenbaker and his firms raised over $11 million from at least 109 investors, many of whom are elderly. Investors were told the funds would be used to make short-term loans to food exporters in Asia. Investors were to receive interest payments from the products. Mr. Blankenbaker did not tell investors that most of their money was directed to a hemp investment while other portions of the funds were diverted to his personal use. Two of the three offerings were not registered. The complaint alleges violations of Securities Act Sections 5(a), 5(c) and 17(a) and Exchange Act Section 10(b). Mr. Blankenbaker’s companies consented to the entry of permanent injunctions and agreed to pay disgorgement and prejudgment interest of $5,196,641 on a joint-and-several basis. Mr. Blankenbaker consented to the entry of permanent injunctions based on the sections cited in the complaint and to an officer-director bar. He also agreed to pay disgorgement, prejudgment interest and a penalty in amounts to be determined later. Mr. Blankenbaker was barred from the securities business in a separate administrative proceeding. In a parallel action brought by the U.S. Attorney’s Office for the Southern District of Indiana, criminal charges were brought against Mr. Blankenbaker. See Lit. Rel. No. 25063 (April 1, 2021).

Fraudulent fees/trading: SEC v. Elstun, Civil Action No. 4:21-cv-00206 (W.D. MO. Filed March 29, 2021) is an action which names as a defendant Douglas Elstun, an investment adviser and the former owner of advisory Crossroads Financial Management, Inc. The complaint alleges Defendant defraud certain high income athlete clients by charging a higher percentage fee than agreed. For other clients he applied the management fee to accounts which he did not manage. In addition, a number of clients were put into very high risk investments such as reverse ETFs for significant periods despite the fact that the instruments were designed only for short term investments. Finally, a number of clients were put into unsuitable investments. The complaint alleges violations of Advisers Act Sections 206(1), 206(2), 206(4) and 204. The case is pending. See Lit. Rel. no. 206 (March 30, 2021).

Crypto assets: SEC v. LBRY, Inc., Civil Action No. 1:21-cv-00260 (D.N.H. Filed March 29, 2021). Defendant LBRY, Inc. is a privately owned firm based in Manchester, New Hampshire. It was created in 2015 to distribute digital content. It began with video distribution as a possible competitor for YouTube, Amazon and other video platforms. To move forward with its vision LBRY claimed it would use blockchain technology by: 1) creating a “protocol” or set of rules for the transfer of data between devices; 2) create a user application; 3) make the necessary software to enable the protocol; 4) recruit those necessary to make the videos; and 5) attract consumers. To support these efforts the firm proposed to sell LBC – LBRY Credits. The financing effort began in March 2016 with an announcement on the company website about the program. By June 2016 the firm launched its protocol having designed the first 400 million LBC in its possession. This constituted 40% of the total allowable supply under the protocol. The LBC were then divided into three funds: The Operational Fund; the Community Fund; and the Institutional fund. Each fund was used slightly differently to achieve the overall goal. For example, the Community Fund focused on consumers; the Institutional Fund looked to institutions for partnerships, grants, donations and similar matters; and the Operational Fund looked to profit. Beginning in 2016 the company offered LBC from the Community Fund in exchange for contributions to the network. Subsequently, at various points over a three-year period beginning in 2017, LBC from each of the funds were offered to investors. Those investors purchased LBC in return for U.S. currency, bitcoin or other consideration such as services. The reason for the purchases was an expectation of profits from the pooling of their funds with others and the efforts of Defendant. Following these transactions LBRY has continued to sell LBC. About 10 million LBC were sold to retail investors. In late June the firm took steps to stabilize the price of LBC which varied significantly. In October 2020 the company represented on its website that LBC will only gain value as the use of its Network grows. Efforts to deliver on the promises made to investors continued in March 2021. The LBC are not registered with the Commission. The complaint alleges violations of Securities Act Sections 5(a) and 5(c). The case is pending. See Lit. Rel. No. 25060 (March 29, 2021).

Proposed rule making: The regulator announced on April 1, 2021the launch of a new regulatory process related to beneficial ownership reporting requirements. The announcement is an advanced notice to solicit public comment for an upcoming rule making based on the recently passed Corporate Transparency Act (here).

Ban: The Australian Securities and Investment Commission announced a ban on the sale of binary options to retail clients on April 1, 2021.

Initiatives: The Securities and Exchange Surveillance Commission published a booklet on its initiatives for Trusted and Attractive Capital Markets 2020—2022 on March 26, 2021 (here).

Remarks: Mark Steward, Executive Director of Enforcement and Market Oversight at the Financial Conduct Authority delivered remarks on March 24, 2021 titled The Importance of Purposeful Anti-money Laundering Controls (here). The director focused on the increase in AML investigations and the importance of proper controls.

by T. GormanPosted on April 03, 2021 Posted in SECActions 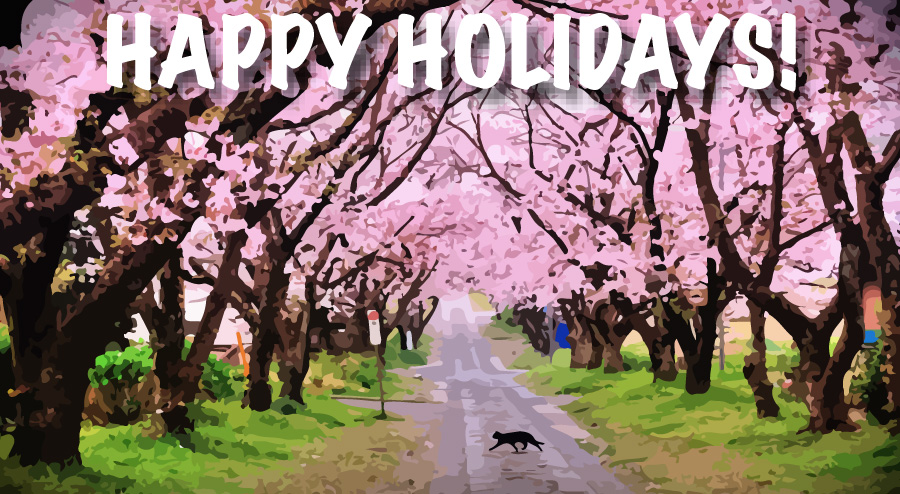