by T. GormanPosted on December 23, 2019 Posted in SECActions 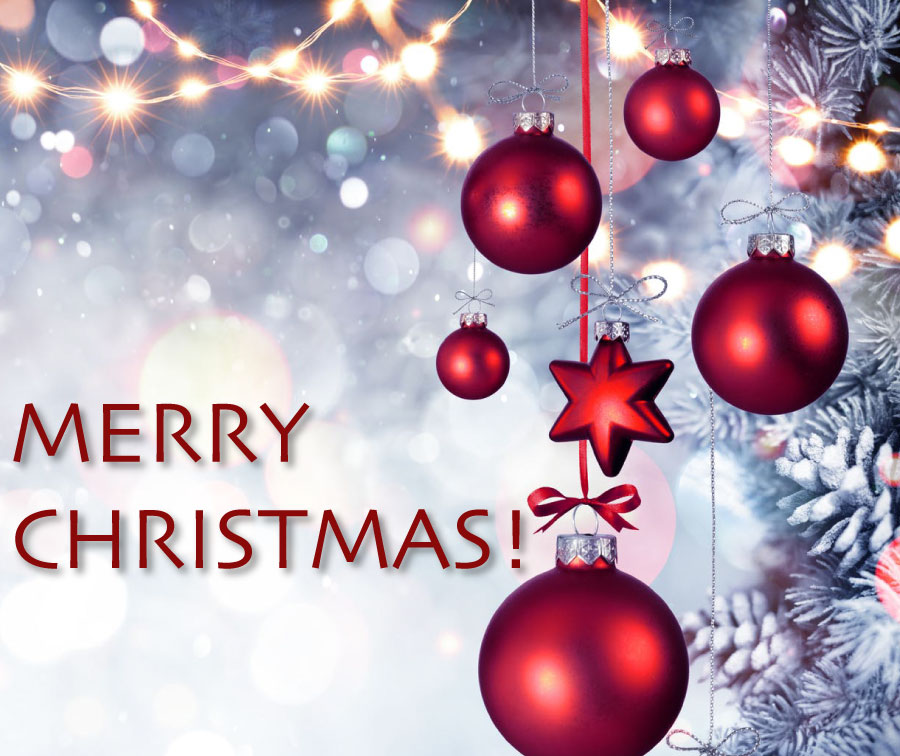 by T. GormanPosted on December 22, 2019 Posted in SECActions

A look forward – a look back:

The holidays begin this week as the shopping wraps-up and families and friends assemble for festivities and good cheer. For at least a brief period there is an atmosphere of merriment and good feelings for all.

Perhaps this year that feeling of good will toward all can extend beyond the holidays and carry through for the balance of the year – at least we can all hope and dream.

PCAOB: The Commission approved the budget for the accounting Board (Dec. 18, 2019).

Rules: The agency proposed modifications to the rules regarding the definition of accredited investors keyed largely to the question of sophistication of the investor (Dec. 18, 2019).

Rules: The Commission proposed to adopt rules that will require resource extraction issuers to disclose payments made to foreign governments or the U.S. federal government for the commercial development of oil, natural gas or minerals. The proposal follows a series of actions and proceeding on the question that stretch back to the passage of Dodd Frank when the mandate was imposed (Dec. 18, 2019).

Short tender rules: In the Matter of Bluefin Trading, LLC, Adm. Proc. File No. 3-19623 (Dec. 18, 2019) is an action which names as a Respondent the Commission registered, New York City based, broker-dealer. The action centers on a tender offer for shares of a major defense contractor, conducted in July 2016. In connection with that offering, Blue Fin tendered over 4.1 million shares on its behalf. The number of shares tendered exceeded the firm’s net long position by about 75,000 shares. That violates Exchange Act Rule 14e-4 which precludes such actions because when a partial tender is made that is oversubscribed, issuers accept the tenders on a pro rata basis. Tendering more shares than owned, as was done here, skews the way shares are accepted. To resolve the proceedings Respondent consented to the entry of a cease and desist order based on the rule and a censure. The firm will also pay disgorgement of $223,836, prejudgment interest of $29,802 and a penalty of $50,000. See also In the Matter of Critical Trading, LLC, Adm. Proc. File No. 3-19622 (Dec. 18, 2019)(proceeding against registered broker-dealer based on similar facts; resolved with consent to entry of a cease and desist order and a censure based on the same rule and payment of disgorgement in the amount of $149,224, prejudgment interest of $19,868 and a penalty of $50,000).

Unregistered securities/crypto: In the Matter of Blockchain of Things, Inc., Adm. Proc. File No. 3-19621 Adm. Proc. File No. 3-19621 Dec. 18, 2019) is an action which names the firm as a Respondent. The firm focuses on improving blockchain technology. Beginning in December 2017, and continuing until July 2018, the firm conducted a token sale to raise additional capital for its operations. The offering was in fact the sale of unregistered securities that fit within the definition of Howey. The Order alleges violations of Securities Act Sections 5(a) and (c). To resolve the matter Respondent agreed to implement a number of undertakings which include filing an Exchange Act registration statement and repaying investors. The firm resolved the proceedings by consenting to the entry of a cease and desist order based on the sections cited in the Order. The firm will also pay a penalty in the amount of $250,000.

Offering fraud: SEC v. Antar, Civil Action No. 1:19-cv-11527 (S.D.N.Y. Filed Dec. 17, 2019) is an action which names Sam A. Antar, a representative of a local New Jersey broker-dealer and investment adviser, as a defendant. In the first half of 2019 Mr. Antar raised about $550,000 from acquaintances in the Syrian Jewish community in Monmouth County, New Jersey. Investors were told that their funds would be used to acquire pre-IPO shares which could later be sold at a premium. The form of the investment varied but the promises were the same as were the results – the investor capital was misappropriated. The complaint alleges violations of Exchange Act Section 10(b) and Securities Act Section 17(a). The case is pending. The U.S. Attorney’s Office for the District of New Jersey filed a parallel criminal action. See Lit. Rel. No. 24694 (Dec. 17, 2019).

Offering fraud: SEC v. Karmann, Civil Action No. 2:19-cv-02531 (E.D. Ca. Filed Dec. 19, 2019) is an action with names CFO Robert Karmann, who was affiliated with two firms, as a defendant. The scheme began in 2011 as an investment program in which two companies were supposedly involved in the creation of certain energy tax credits. By 2014 the scheme required certain money be transfers among a group of accounts. Those transfers were instrumental in moving the scheme forward. The complaint alleges violations of Exchange Act Section 10(b) and Securities Act Sections 17(a)(1) and (3). The case is pending. See Lit. Rel. No. 24692 (Dec. 18, 2019).

Insider trading: SEC v. Nellore, Civil Action No. 5:19-cv-08207 (N.D. Cal. Filed Dec. 17, 2019). Defendant Janardhan Nellore, the IT administrator of Palo Alto Networks, Inc., a cloud computing firm based in Santa Clara, was at the center of the insider trading ring. Involved as tippees, and also named as defendants, were four friends, three from working at the firm — defendants Sivannorayana Barama, a software engineer, Saver Hussain, an IT consultant who was not just a friend but had financial ties with Mr. Nellore, and Prasad Malempati. Defendant Ganapathi Kunadharaju, another Santa Clara software engineer, was a friend of Mr. Nellore from college in India. From about 2015, when Mr. Nellore received a promotion at his firm that gave him greater access to information, until about 2019 when he was arrested for identity theft while trading through the account of another, Mr. Nellore and his friends repeatedly traded on inside information he obtained through his position at work. At its peak the scheme yielded about $7 million in trading profits. The trading patterns over the years appeared to have been largely the same. Mr. Nellore would communicate the information to each of this friends who traded. Frequently, prior to a trade there would be a number of communications about the transaction. While at first the men would refer to the firm’s shares by company name, later they referred to the stock as “baby.” At Mr. Nellore’s directions, the men also traded options to maximize the profits. The complaint alleges violations of Exchange Act Section 10(b) and for aiding and abetting. The case is pending. The U.S. Attorney’s Office for the Northern District of California announced parallel criminal charges against Messrs. Nellore and Barama. See Lit. Rel. No. 24693 (Dec. 18, 2019).

Sham transactions: SEC v. Singal, Civil Action No. 19-cv-11452 (S.D.N.Y. Filed Dec. 13, 2019). Defendants are Suneet Singal, First Capital Real Estate Trust Inc. or FC REIT, First Capital Real Estate Advisors, LP or FC REIT Advisors, and First Capital Real Estate Investments, LLC or FC Private. Mr. Singal is the CEO and Chairman of FC REIT, the CEO and beneficial owner of FC REIT Advisor and a minority owner of FC Private. FC REIT is a public, non-traded REIT advised by FC REIT Advisor which is beneficially owned by Mr. Singal. FC Private operates as a commercial real estate firm and the holding company for several of Mr. Singal’s businesses. On September 15, 2015 Mr. Singal entered into a transaction with FC REIT in which he supposedly contributed over $41.7 million in real estate interests to the firm in exchange for about 3.3 million OP Units or shares of FC REIT’s common stock at a price of over $12 per unit. The difficulty was that Mr. Singal did not actually own the properties – he did not have the authority to contribute them to the deal. Subsequently, Mr. Singal continued his efforts to acquire the hotel properties. By year end however, he abandoned the quest. Additional misrepresentations regarding the deal were made in subsequent firm filings with the Commission. The NAV for FC REIT was also misstated and overvalued because of what was actually a sham transaction. By the fall of 2016, Mr. Singal’s FC Private and its subsidiaries had significant cashflow issues. After acquiring ownership interests in two BDCs, Mr. Signal had them execute two lending agreements for $1.5 million each. The loans were extended to firms Defendant Singal controlled. Mr. Singal diverted about half of the funds to his personal use. Nevertheless, Mr. Somgal continued to conceal the true nature of the transactions. The Commission’s complaint alleges violations of Securities Act Section 17(a), Exchange Act Sections 10(b) and 15(d), Advisers Act Sections 206(1) and 206(2) and Investment Company Act Sections 57(a)(3) and (4). The case is pending. See Lit. Rel. No. 24619 (Dec. 16, 2019).

Findings: The Securities and Investment Commission published the findings from the 2019-2019 Regtech Initiative. The report convers observations and findings from four initiatives coordinated by the Commission over the period (Dec. 20, 2019).